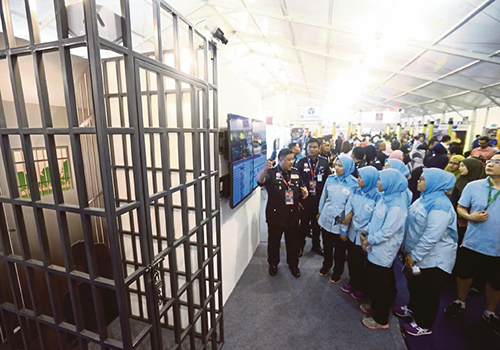 Smart locks are expanded across the country

KUALA LUMPUR: The Royal Malaysian Police (PDRM) will increase the number of lock-ups using the Self-Monitoring Analytical Reporting Technology System or smart lock-up across the country based on location and number of detainees.

Since its launch last April last year, a total of 57 lock-ups in the Klang Valley were installed with the system costing RM3 million including a lock-in lock-up in Shah Alam.

Deputy Inspector-General of Police, Tan Sri Noor Rashid Ibrahim, said the use of the system would be expanded throughout the country, depending on the allocation received from the government.

Since the installation of the system, he said, the number of undesirable incidents in lock-up cells decreased and, in spite of the fact, the time taken by the police to obtain data for forensic investigations is much shorter than conventional enclosed closed-circuit television (CCTV) cameras.

“If the allocation exists, lockups like Ipoh, Taiping, Georgetown and Seberang Perai Tengah will be given priority based on location and number of detainees,” he told a media conference here today.

Noor Rashid said automated monitoring through smart locks reduced the workforce for the control center, while smart search features improved the efficiency of the monitoring process.

He said the system was able to track unusual and aggressive movements in lockups through special room monitoring.